I found myself with four days in New York City and discovered what many already knew: it’s a city with a lot of character. The transportation system is efficient and runs all the time and the people there (that I encountered at least) were very friendly. The local’s good mood could be attributed more to the amazing weather and less to my charm, however. Apparently it snowed the week before and now it was around 70F.

A friend of mine is working as a postdoc at Columbia, so when I flew in Friday at 7am, I was able to provide him with a complementary wake up service. I’m such a nice guy. I was a little earlier than he would have preferred but what can you do? He was very welcoming and after we spent some catching up, we went to get some bagels and coffee. I was excited to see the cafe had Stumptown Coffee (awesome Portland- and now I see New York-based coffee roasters). The excitement lasted until the first sip. Whatever flavor killing method they used to make the coffee robbed it of it’s original greatness. This was a recurring theme during my trip; New Yorkers just aren’t that into good coffee.

After breakfast, I walked my friend over to his lab at Columbia, got the tour and then was released on my own for the day. I decided I would make today my walking day since I was unusually energized for having little sleep. I walked through Morningside Park and made my way to Central Park. Wow. This is a huge park. Actually, New York has many parks. I would see one scattered every few blocks when walking through the neighborhoods. It’s impressive. Wandering through Central Park was similar to Golden Gate Park in San Francisco expect for the fact that it kept going. I went north up towards Harlem and discovered Harlem Meer. Nearby, they were preparing Bernett Fountain for summer time (he’s the author of The Secret Garden, BTW): 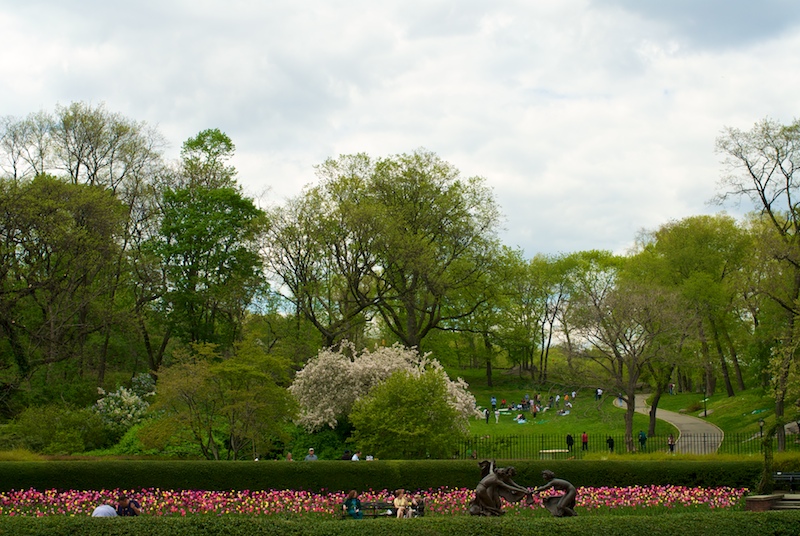 That night we ate at this Asian-BBQ infusion place (there’s a lot of those kind of infusion places over there) called the Ember Room. Great food with a pretty cool vibe. We got the pork belly, ox tail and an excellent beet salad. They also had this gin/sake/berry drink; a unique mixture but tasty. The bathroom was a semi-secret panel in the wall. Nice.

Afterwards, we briefly checked out Times Square (crazy!) and then walked over to this bar/club called The Living Room. Pretty cool setup: come listen to live music with no cover. You just need to buy one drink per set. Not bad since I’m going to do that any ways. We saw this guy, Matthew Santos. He definitely had a thing for Jeff Buckley (not a bad thing) and mixed it with a soulful backup singer. A lot of the songs were driven by him beat-boxing into the mic and then looping it. Who needs drums any more? He made it work.

The sun ushered us into another beautiful day. 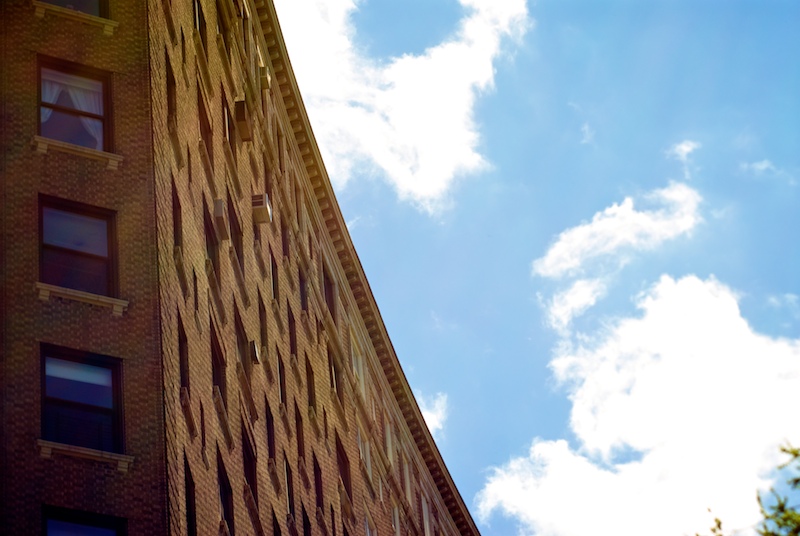 We had breakfast at Community Food & Juice (French Toast!) and then headed off to the Guggenheim via Central Park. 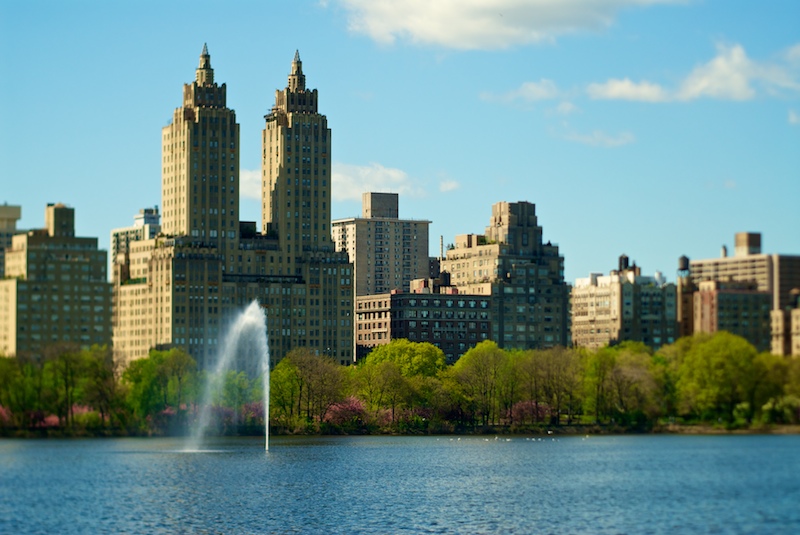 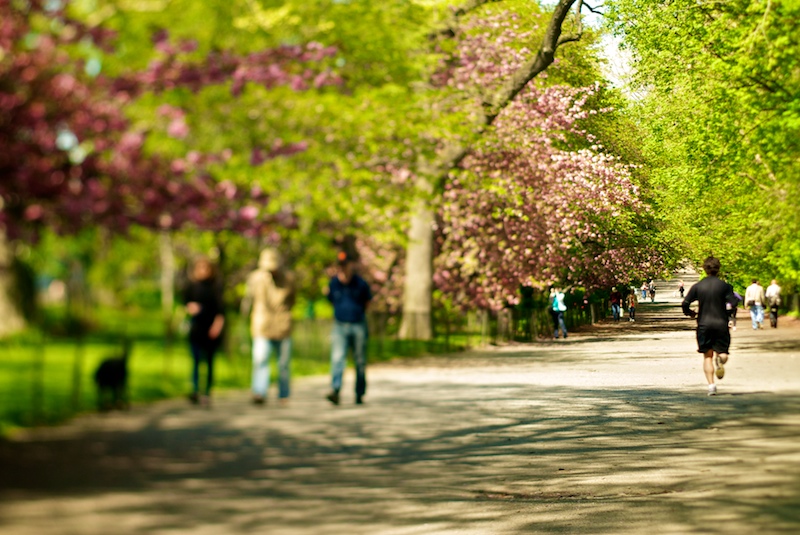 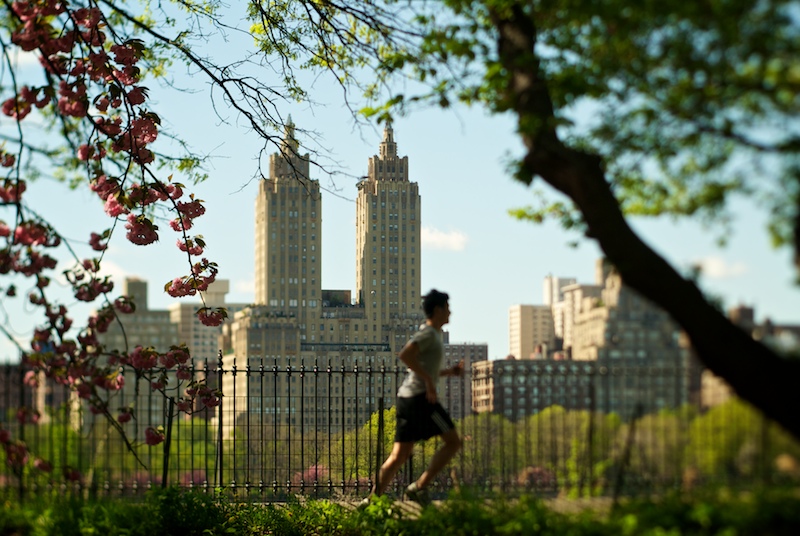 We approached the museum. You see landmarks in pictures and it doesn’t seem like a big deal until you get there. 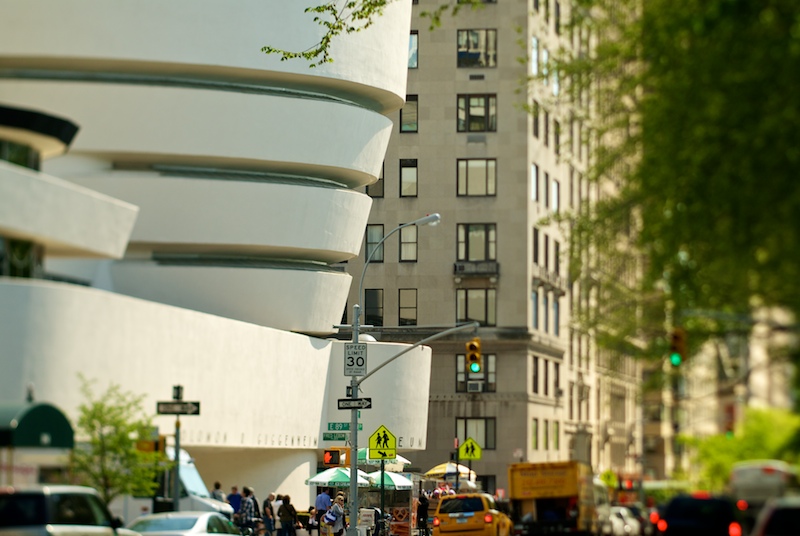 The entire inside is arranged around the outside of a great hall. All the artwork is hung on the outside walls and a spiral ramp leads along the wall as you work your way up to the top of the building. No stairs, just ramps. Their main exhibit featured artwork from 1910-1918 and the effect the first World War on art of the time. It focused on the movement from impressionism toward modernism. Well curated. 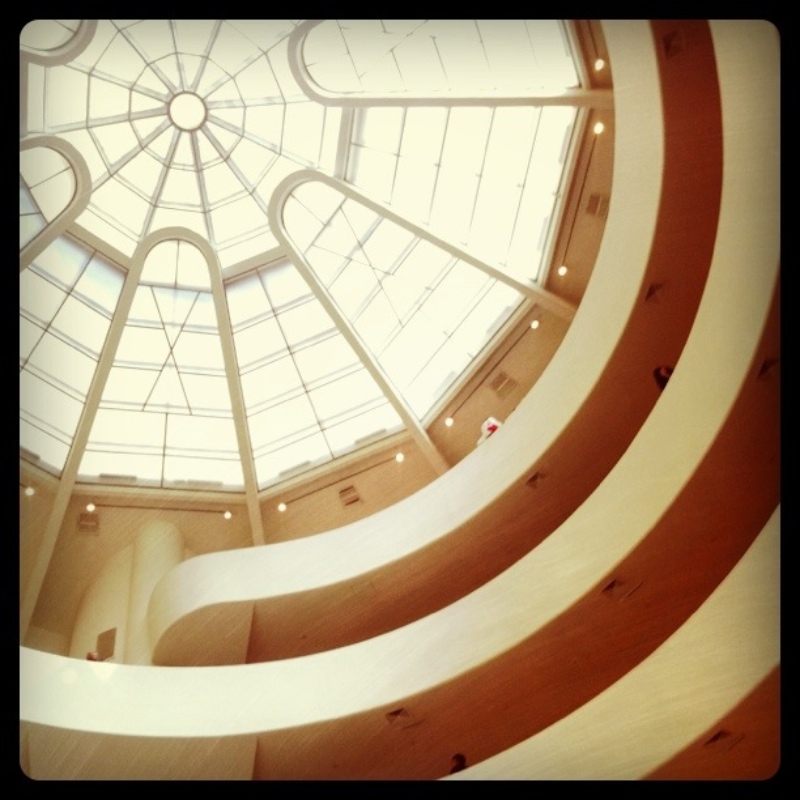 We spent more time in there than we would have imagined we would (not a bad thing) and made it out just as the “Pay what you like” crowd showed up. Apparently after 5:45pm on Saturdays, you can spend the last hour or so the museum is open looking at the art and pay what you want to get in. Nice idea but with bargains come the crowds. Not everyone knows how to not stand directly in front of a painting. Better door than a window…? We left the museum and made our way back home through the park. 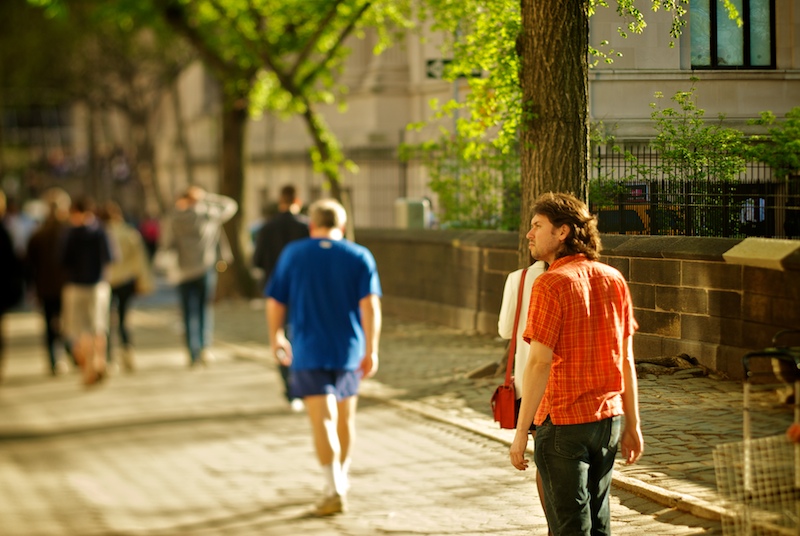 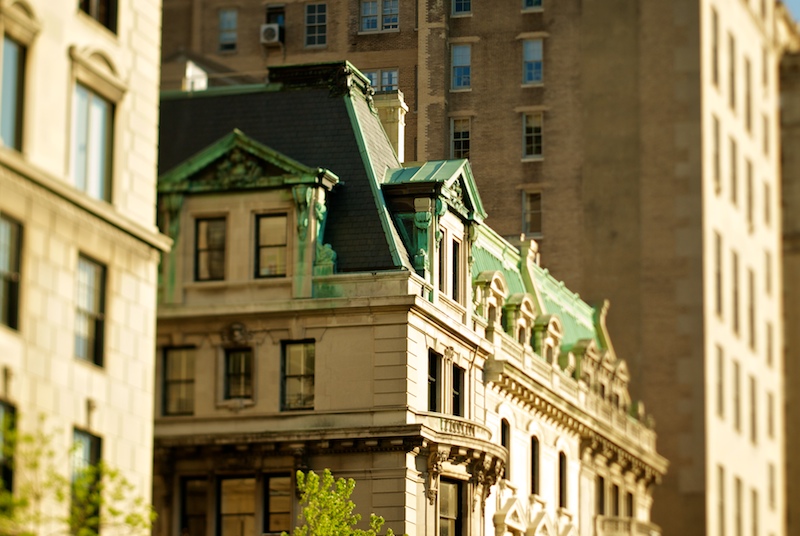 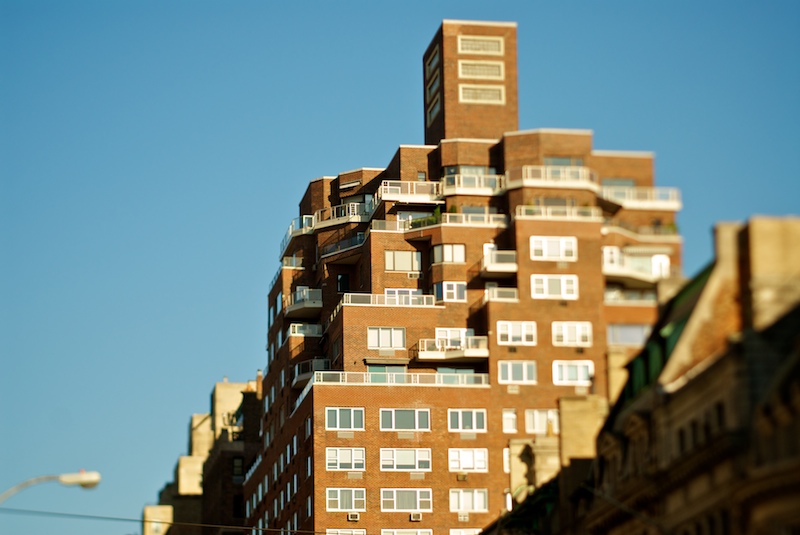 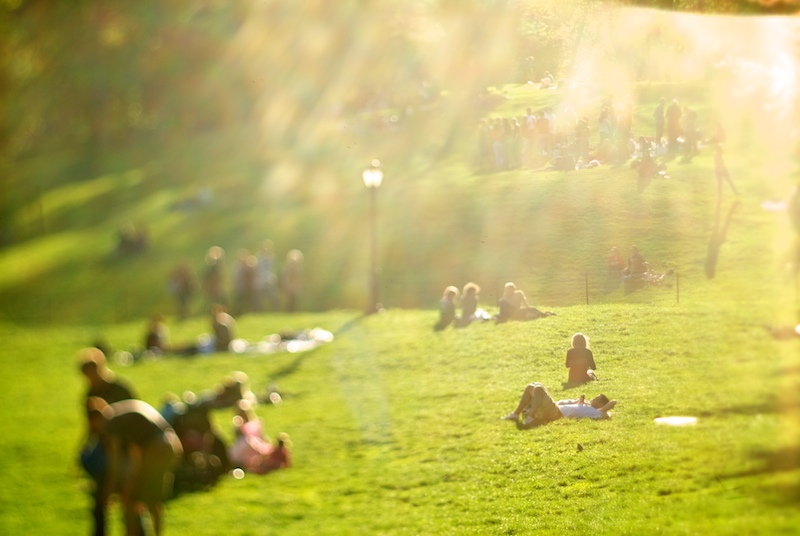 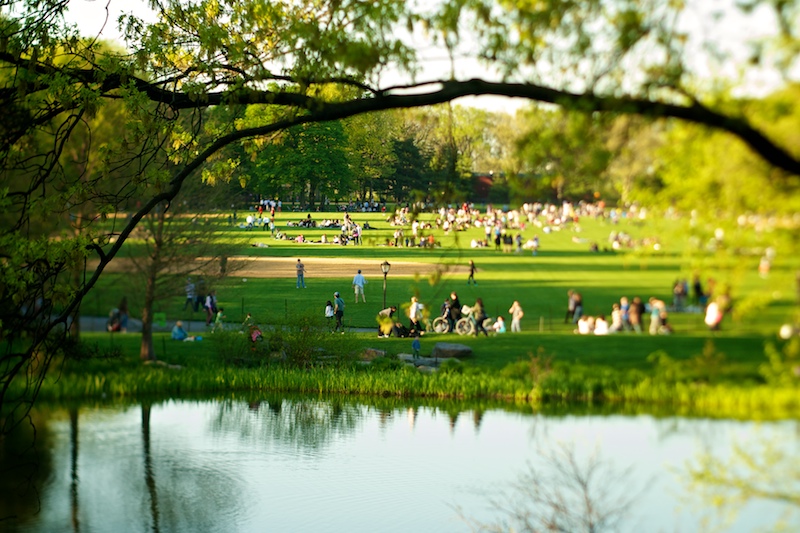 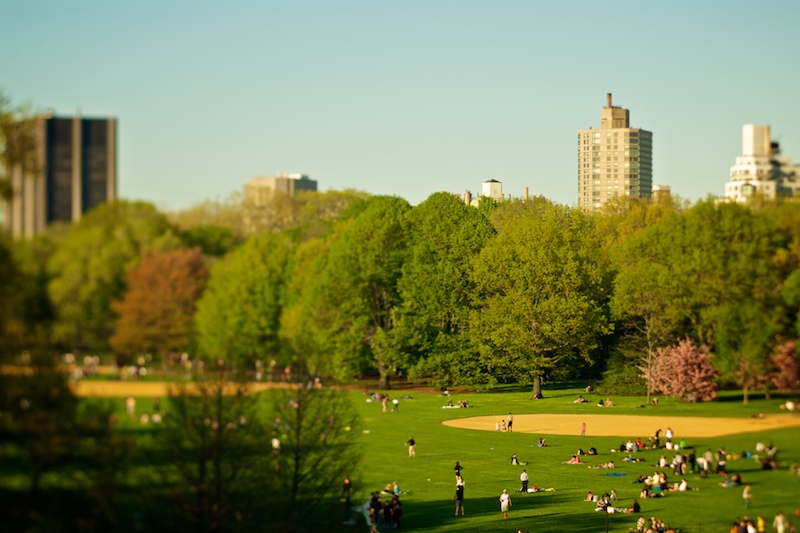 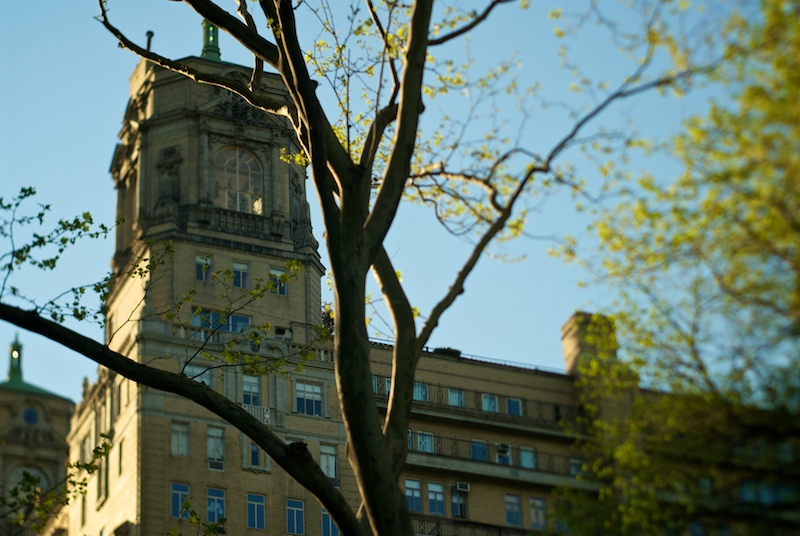 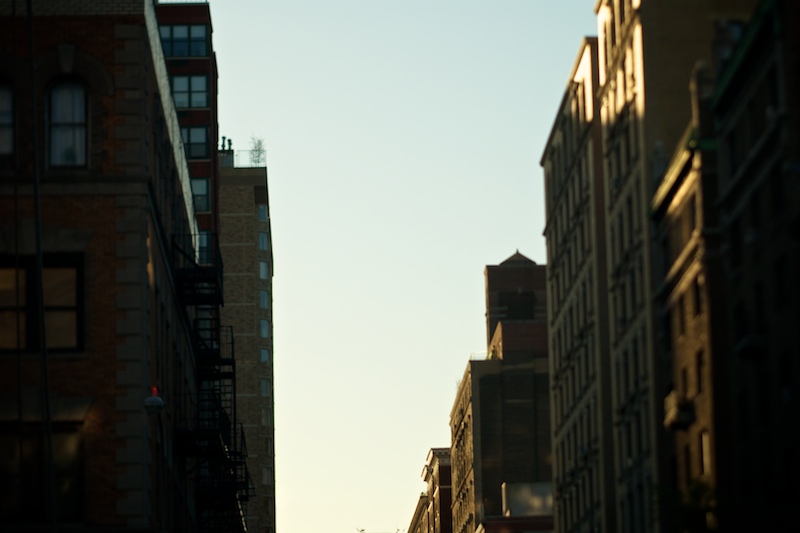 We rested a bit and then had dinner at this awesome noodle house Hung Ry where they hand-pull all their noodles. It’s amazing. You get your soup and it’s pretty much all one noodle in your bowl. We could pull up a single noodle to the ceiling if we wanted (and we did). They had the regular chicken and beef but also had some more uncommon meats. Pork belly, ox tail and duck were some of the more non-standard ones. I had the duck soup and was very impressed. The noodles had so much more flavor than I’m used. We finished up the night cruising through SoHo.

The next day we had crepes for breakfast and headed downtown to see the Broadway show Wonderland. Totally goofy but employed created use of projectors to liven up the backdrops and simulate movement of the characters on stage. All the characters were “urbanified.” The Chesire cat is now a Latino guy in a white suit and goes by El Gato. The White Knight and his men were a cheesy boy band. Amazing. The knights totally made the play. We were pretty drained by this stage in the game, so we rested up before getting some Ethiopian food at Awash. Great honey wine and flavorful dishes. The no utensils thing took a few minutes to get used too but they served the meal with rolled up flat bread that served as a suitable (and tasty) replacement.

My last day in the city was spent visiting another friend who lives over in Williamsburg. I hopped on the subway but needed to make a stop on Central Park West to see Sigourney Weaver ‘s apartment from Ghostbusters. Yeah, I know. Unfortunately it was getting renovated, so the pictures of it didn’t turn out as good as I would have liked (see the main Flickr set), but I got some nice ones of neighboring buildings. 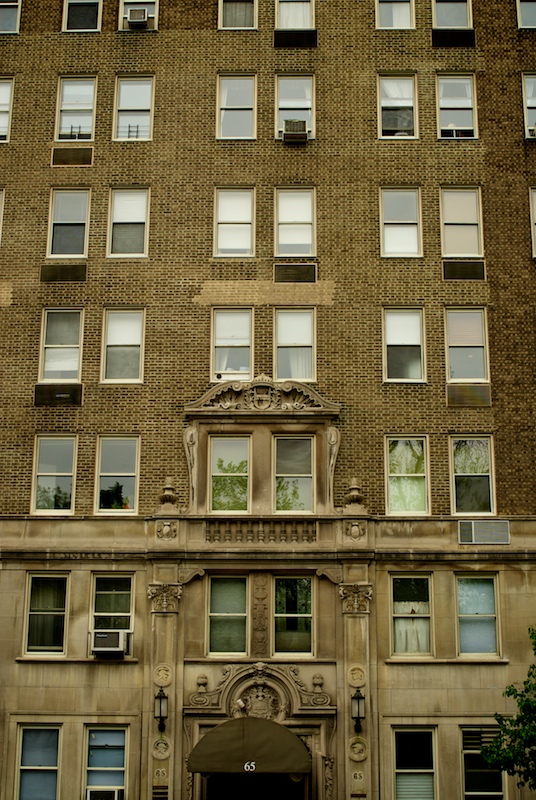 Back on the subway. I rolled into Brooklyn and met up with my friend. We were starving! She knew of a good brunch place a few blocks away. Perfect. We walked over and sit down. It’s a cute little French-style place called Simple Cafe. Everythings great until she noticed there were chopsticks on the table. Hmm, interesting. We inquire with the waiter and he tells us it’s a Vietnamese food on Mondays. Only on Mondays. Weird. We were already there and they had coffee, sort of, so we went with it. It was Vietnamese coffee but still good. A little sweeter than I usual would make for myself but probably better than what I’d had around town already anyways. Note the photo shy friend ducking down behind the table ;) 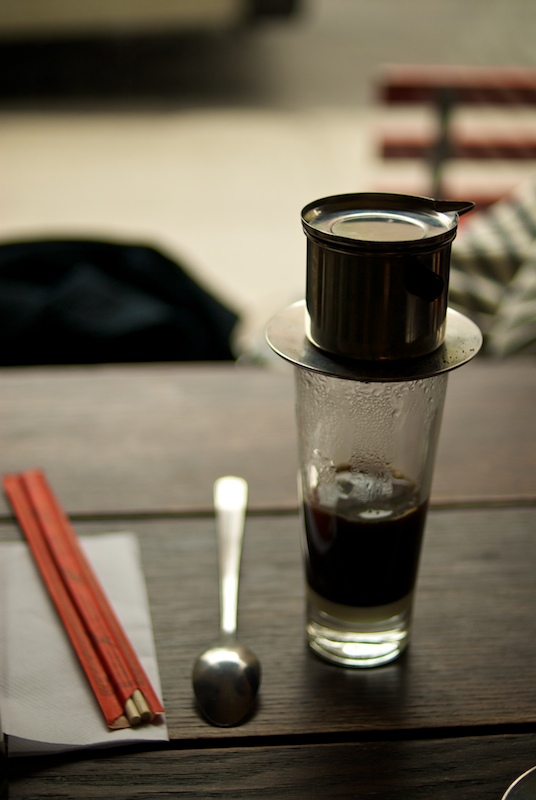 We checked out Bedford Ave a for a bit and then said our goodbyes. I was left with a couple hours to kill before my flight. What to do? Let’s walk around and take some pictures. Can you find Waldo? 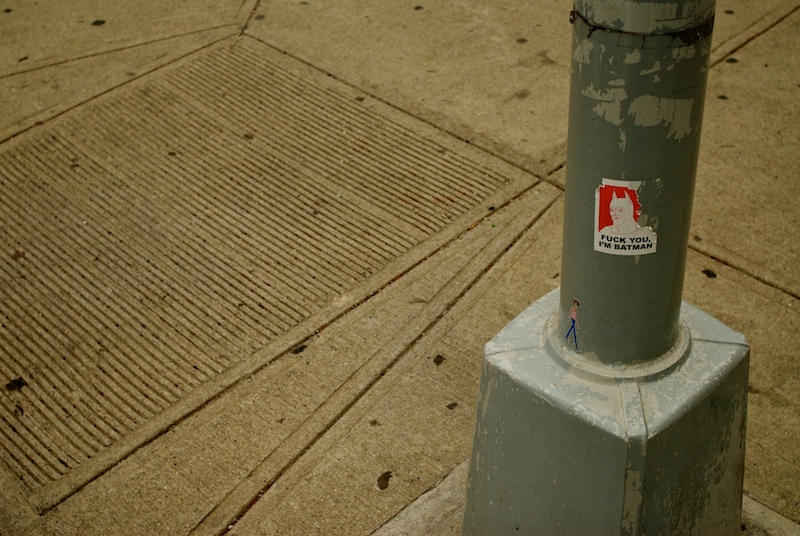 It’s a giant paint by numbers! 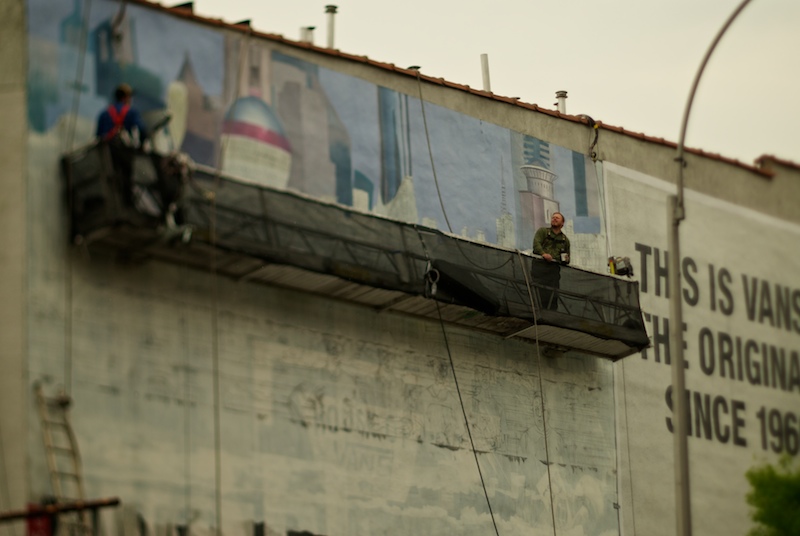 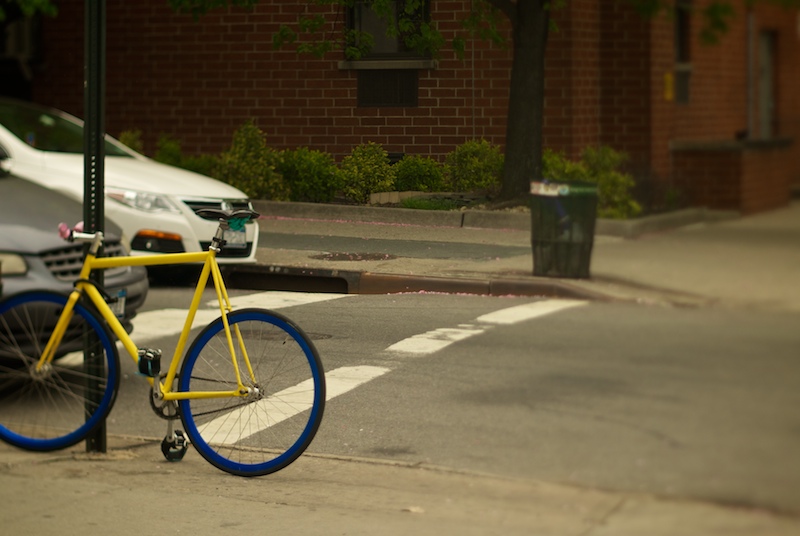 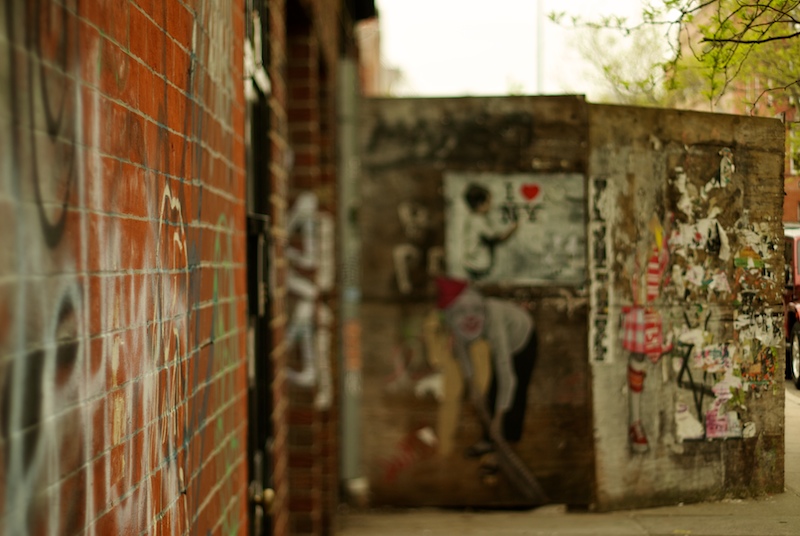 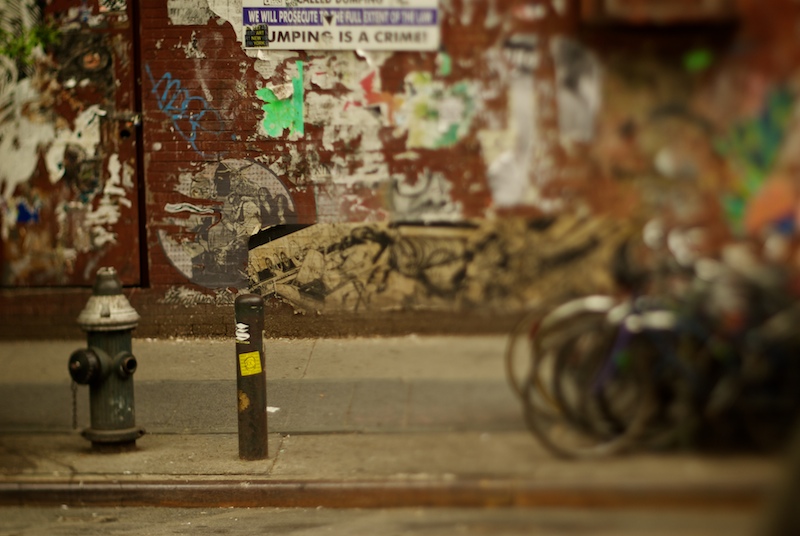 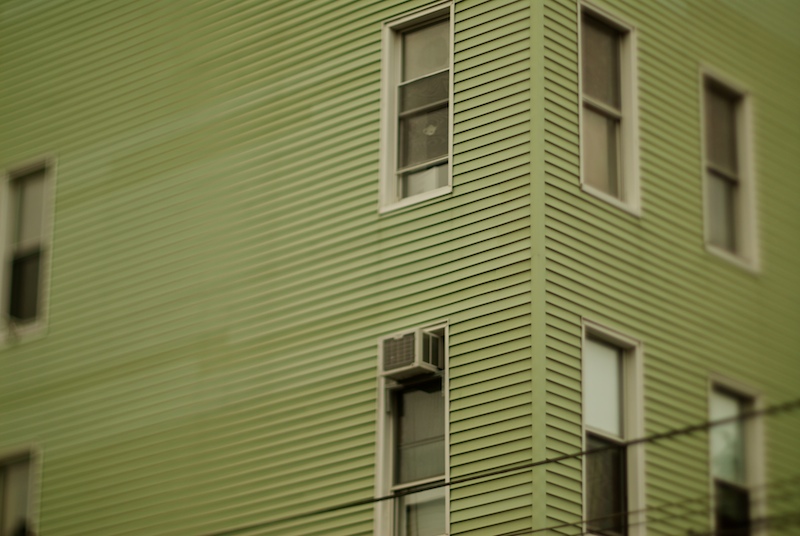 I had just eaten “brunch” but I still hadn’t had New York pizza yet, so I decided to double-down and went to this place called Fornino Pizza and had an awesome date, prosciutto and arugula pizza. Sooo good! Probably not the most classic New York pizza, but it was good. Killed a 12? one of those and washed it down with a glass of Sangria. I followed it all up with a nap at the park nearby and then headed off to the airport. Not bad.

See all my New York pictures in my Flickr album.